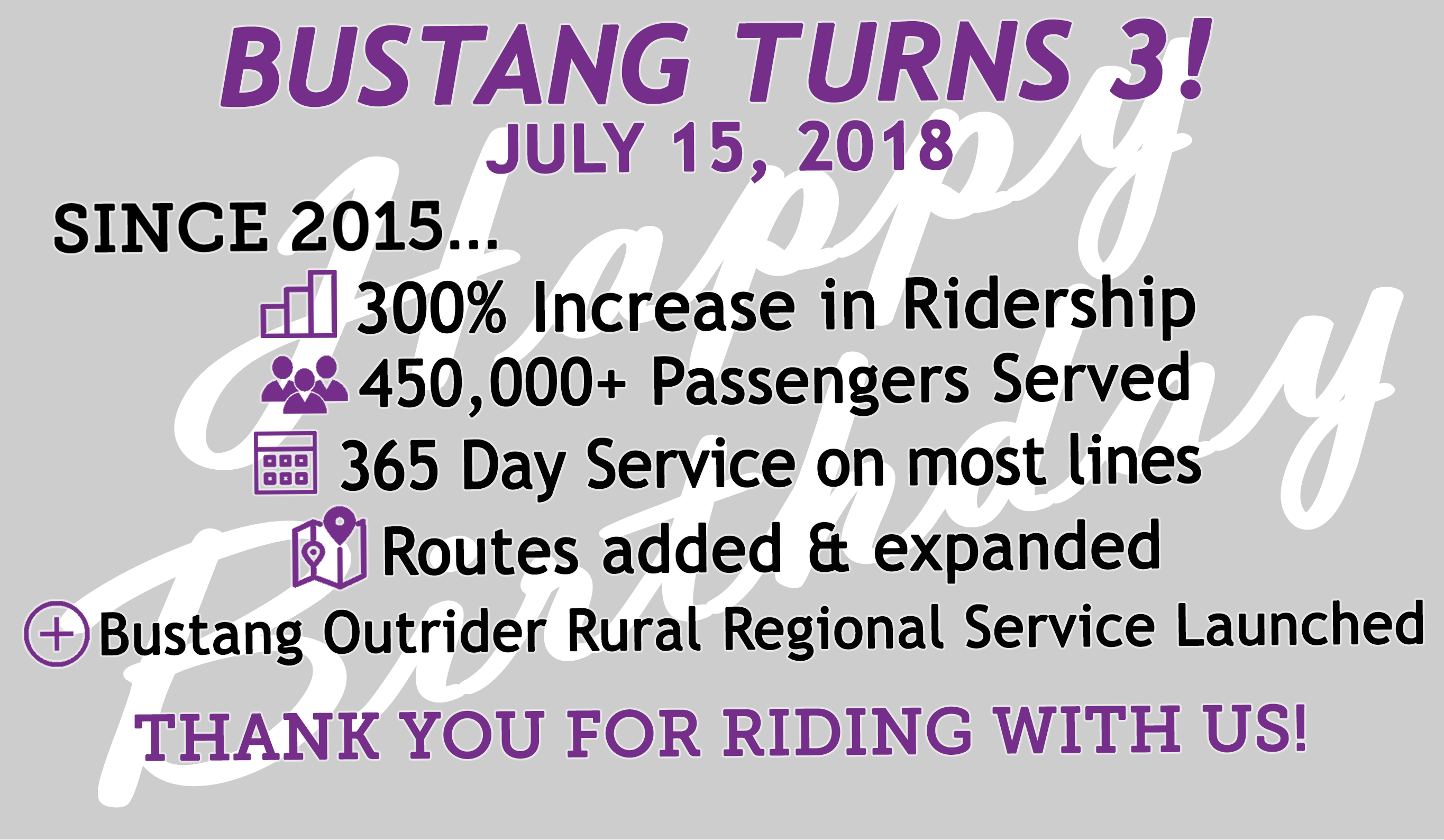 Since its inaugural run on July 13, 2015, Bustang’s ridership has increased by more than 300 percent and provided service to more than 450,000 passengers. This year, ridership is averaging 17,000 passengers per month.

“Usually it takes about a year to build ridership within a new transportation system, but we actually exceeded our projected passenger numbers during our first year of operation,” said CDOT Director of Transit and Rail David Krutsinger. “And we’ve continued to exceed expectations over the last couple of years. That speaks not only to public demand but to the quality of service Bustang offers passengers.”

Bustang Set to Bridge the Gap